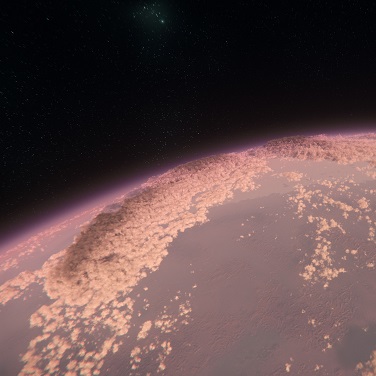 It’s time for another update on Gen12 as a lot of exciting things has been happening behind the scenes and we’ve been hearing a lot of voices in the community about the recent performance improvements.
I’m proud to announce that our first big milestone has been reached with Gen12 in 3.17!
This means all our opaque static geometry, which are brushes and all objects scattered on planets+asteroids, now run through Gen12 which more than doubles the RenderThread (RT) performance for these kind of objects.
Before you freak out, hold your breath as this right now actually means nothing in terms of getting more FPS.
Internal measurements showed that we are rarely CPU bound by the RenderThread.
Ultimately this means that a faster RenderThread doesn’t change the overall framerate in most cases. It also depends on your CPU/GPU combination.
However, Gen12 pretty much makes it impossible to be limited by the RenderThread ever again,
which means every single bit of performance improvements on the MainThread (MT) will be seen directly on your FPS as long as you are not GPU bound.
Something which a lot of you already have observed in our latest 3.17 PTU Patch.

The performance improvements you’re seeing are from @ChristopherBolte who did some major improvements in the Entity Centric (ECUS) System, Zone Host Updates and a lot of other stuff improving the MT performance greatly.

So all in all Gen12 is looking really promising right now. RT performance is more than twice as good and we’re almost done with everything.
As explained in my previous post (https://robertsspaceindustries.com/spectrum/community/SC/forum/50259/thread/current-and-projected-cpu-core-and-thread-count) after Gen12 there are still tons of other improvements planned which will give us even more performance. And of course Vulkan!

One more thing: Due to the mixed rendering of legacy+Gen12 the engine right now has to go through both rendering codes which actually decreases the MainThread performance slightly.
Once the transparent geometry is ported, we no longer have to do that and we will see the full potential of Gen12. Until then, stay tuned and fly safe!

See you in the Verse
Silvan